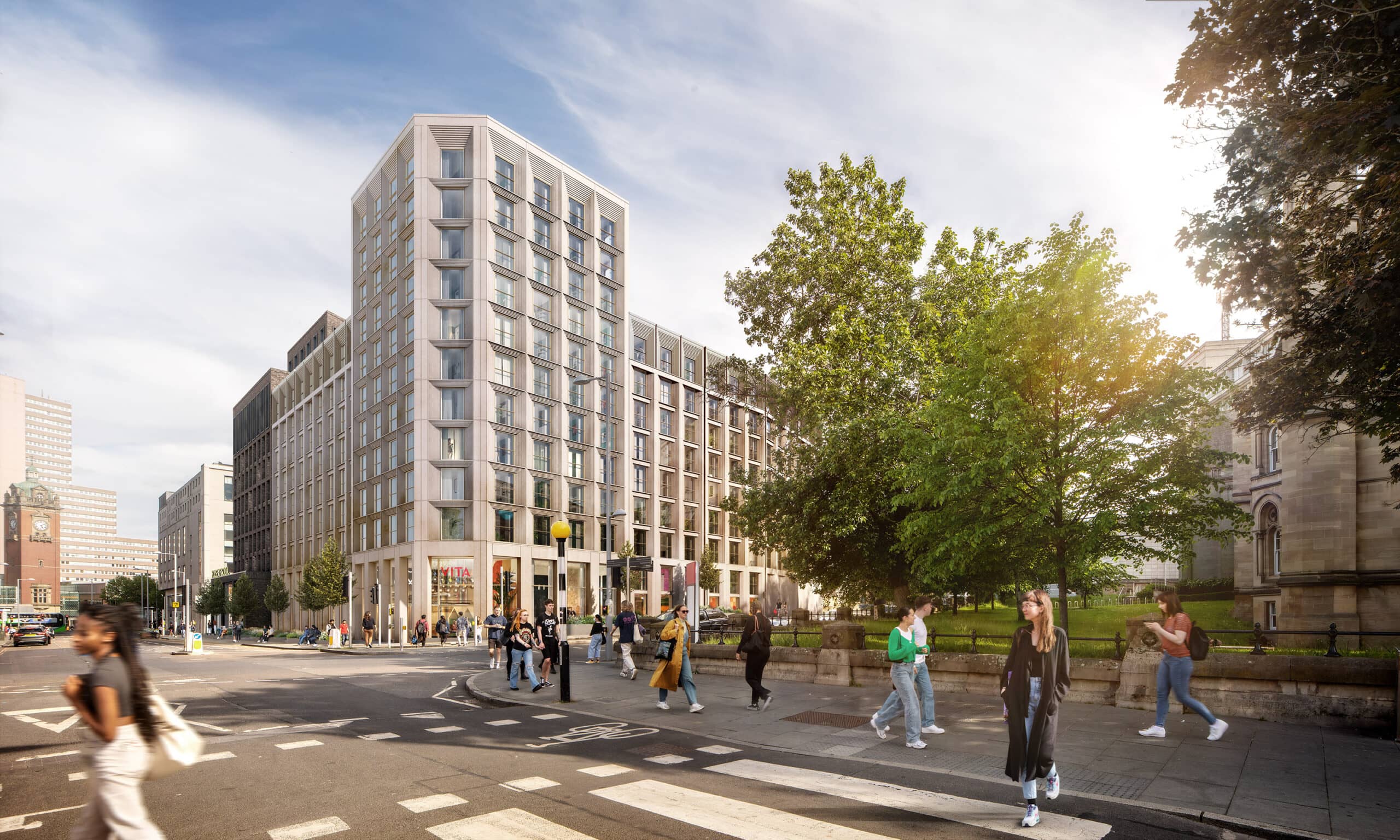 Vita Group has submitted plans for one of Nottingham’s most significant city centre redevelopment opportunities, Guildhall and the adjacent site. A strategically important redevelopment site for the city, Guildhall is a stunning Grade II listed building, originally built in 1887 and once home to the city’s Magistrates’ Court along with the former fire and police stations, the Guildhall has been left underutilised and requiring investment and redevelopment for several years.

Vita Group’s proposal is specific to the former fire and police stations, bringing forward exciting plans for a PBSA-led mixed-use development creating 987 high quality student rooms. The accommodation will be supported with class-leading services and amenities including a residents’ gym, dance studio, co-study spaces, cinema and games rooms. Along with the accommodation, plans also outline provisions for a public facing Market Food Hall for around 500 diners to enjoy the very best from emerging local food vendors.

House of Social has been designed to create high-end sharing apartments designed to retain second- and third-year students in the city, relieving the pressures this demand currently puts on the local housing stock.

The proposals have been designed to sit within its surroundings sensitively and sustainably on Shakespeare Street, North Church Street and South Sherwood Street and will complement the existing plans already approved for a hotel on the Guildhall site.  Plans also outline better provision for pedestrian friendly pavements and support biodiversity with significant planting and new trees.

Mark Oakes, Chief Commercial Officer for Vita Group said: “A vastly underutilised redevelopment opportunity, Guildhall has the potential to be one of Nottingham’s major landmarks once again, bringing significant investment to the city and a historically important building back to life.

“The plans aim to create best-in-class student accommodation with outstanding amenities, whilst also easing pressures on local housing stock. The Market Food Hall will create a go-to destination for all the city to enjoy, providing the perfect backdrop for exciting new independent restauranteurs to bring their new ventures to people across the region.”