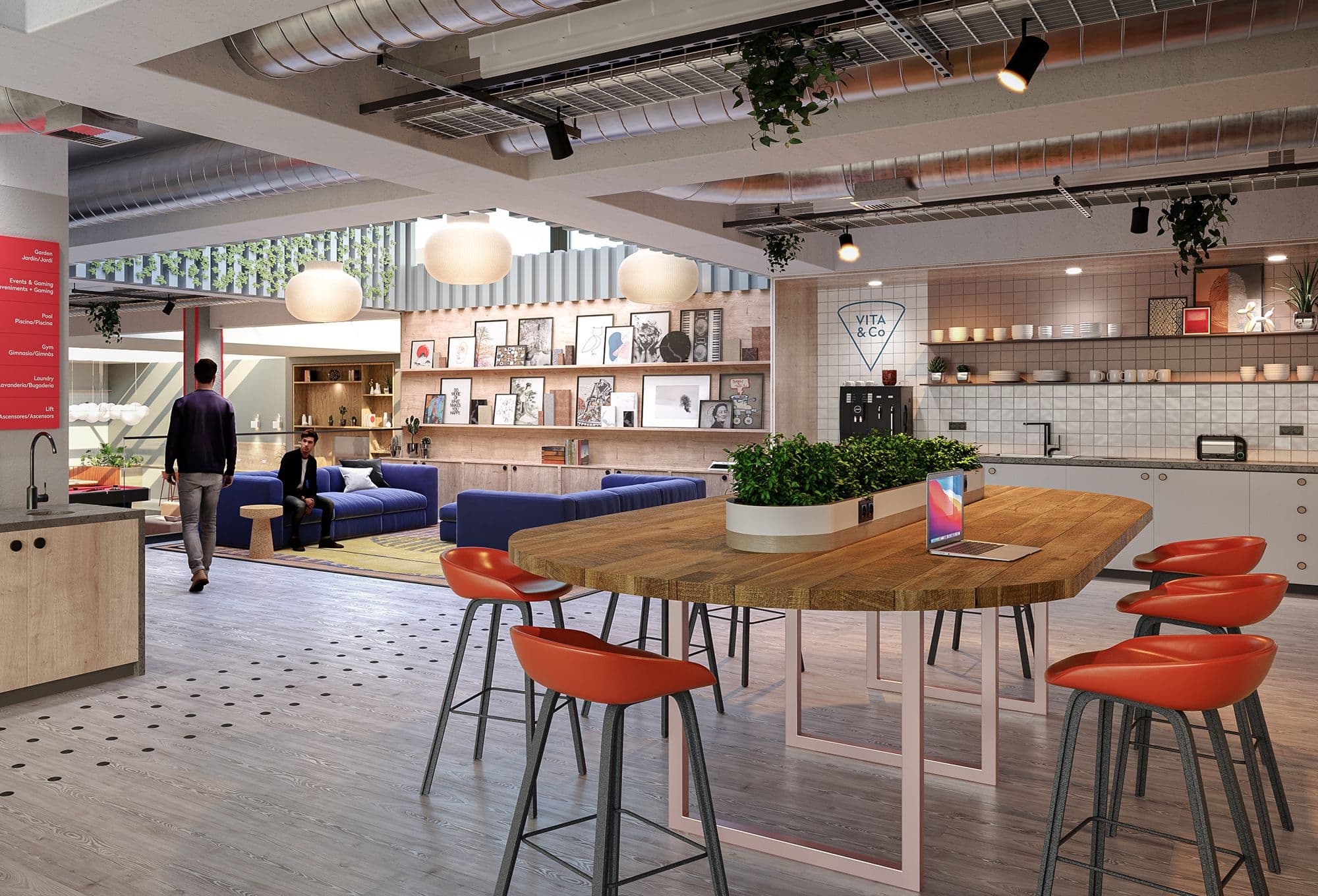 Vita Group which is renowned for delivering some of the biggest regeneration projects, creating high quality BTR and PBSA, is preparing to launch its first scheme outside of the U.K.

With construction well underway, Vita Student Pedralbes in Barcelona will be Vita’s first residence to open in Europe, as the business begins its European expansion programme taking ‘the world’s best student accommodation’ Vita Student to Spain.

Vita Student currently has 22 schemes in operation across the U.K including sites in London, Manchester and Edinburgh, Vita Student Pedrables is one of two developments in the city, which will create 274 beds, opening in September 2022.

Mark Stott, Vita Group CEO said: “It’s incredibly exciting to take the Vita Student brand into Europe and we’re confident that Barcelona will make the perfect host city thanks to its superb reputation for outstanding higher education on the international stage. Over the last three years we’ve been working tirelessly to create a proposition which truly reflects the brand in a new territory and we’re sure that Pedralbes and Poblenou will do just that for us in Spain.”

Vita Student Pedralbes has been designed by prestigious architectural firm Batlle I Roig, the design-led building will create a thriving community thanks to the best amenities including private study and dining rooms, state-of-the-art gym, swimming pool, lounges and hub spaces.

Vita Student goes above and beyond with its student centric experience which includes a roster of events which bring residents together supporting positive mental health, fitness and wellbeing, along with inspiring talks from industry leaders to support academic progression.

In early 2023, Vita Student Poblenou will bring a further 349 beds to Barcelona, opening in the [email protected] another of the city’s student hotspots, Poblenou will deliver the same amazing level of service and amenity.

Once Vita Student Poblenou is open, Vita Group will directly employ over 50 new jobs in Barcelona, with total investment into the European expansion set to exceed €350m. The business is expected to indirectly contribute to circa 750 jobs throughout Spain, with the ambition of creating more beds to meet Barcelona’s growing demand for purpose built student accommodation and ease existing pressures on the city’s housing stock.

Ioannis Verdelis, Director of International Developments at Vita Group said: “With a fantastic reputation for higher education, attracting over 40,000 students from all over the world each year and a student population which exceeds 210,000, Barcelona is the perfect place to start our European expansion programme. Vita Student Pedralbes will showcase our deep understanding of how to create and operate outstanding student accommodation which responds to its’ residents.”

In January 2022, Vita Group opened its first offices in Barcelona as the business looks ahead at new opportunities both in Barcelona and across Spain.