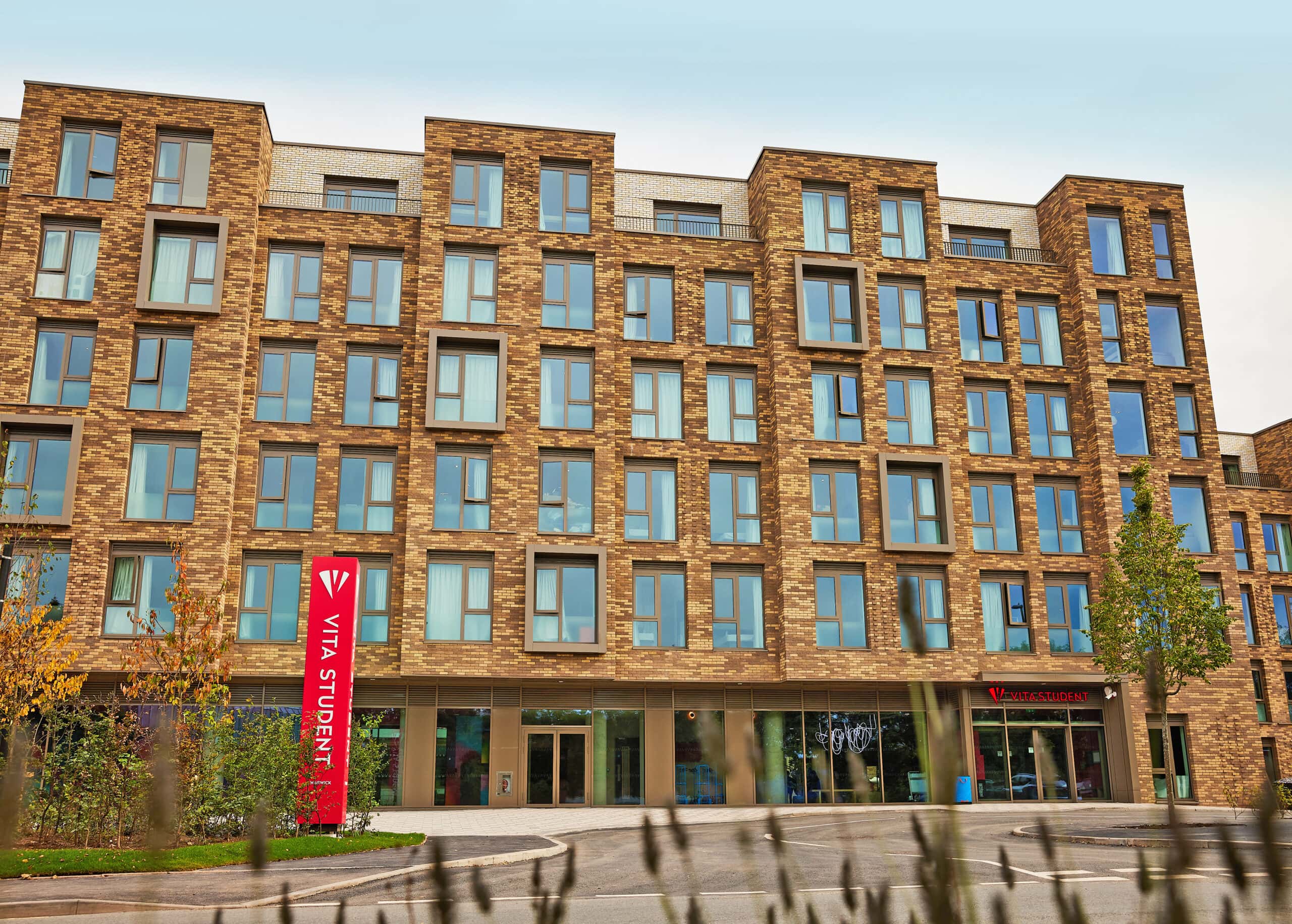 ‘The world’s best student living experience’ Vita Student has officially opened the doors to its Vita Student Cannon Park residence on Warwick Road in Coventry, catering for the University of Warwick and Coventry University’s latest intake of students.

Opening in time for the new academic year, Vita Student Cannon Park boasts 766 beautifully designed ensuite studio apartments offering ‘all in’ student living from £250 per week which includes bills, a state of the art resident’s gym, private dining rooms, a cinema room, design-led hub space with space to meet friends, study and co-work, complimentary breakfast, housekeeping, and a packed-out roster of events which are centred around wellbeing, community and maximising studies.

The location is perfectly suited for students, with the ability to reach the University of Warwick and the centre of the UK’s City of Culture for 2021, Coventry.

Vita Student Cannon Park also features an epic basketball court which world-renowned graffiti artist, Hazard One, AKA Harriet Wood’s latest commission has adorned with a full mural, making this without doubt one of the coolest places to live in the area.

Harriet is recognised as one of the top five female graffiti artists in the UK and was commissioned for her use of rich colours and illumination. Her works have been found across the world from a community project on the Arizona-Mexico border and on the 79th floor of 3 World Trade Centre in New York to a little closer to home with a seven-storey mural in the heart of St. Pauls in Bristol.

Walls within the building have been transformed into a visual spectacle point of the building and has allowed the building design to become a dynamic journey between spaces. The site also excels for its biodiversity, the exterior adorned by living walls, creating habitat for birds and bees to flourish, in total, 4,700 m2 of habitat has been created.

“We are delighted to officially open the doors of Vita Student Cannon Park and with it deliver a world class standard of living for students attending the University of Warwick. Interest has exceeded expectations with the building fully booked for the new academic year and we’re excited to welcome these students in and support them through the most important time of their life, helping them to ‘begin big’.”